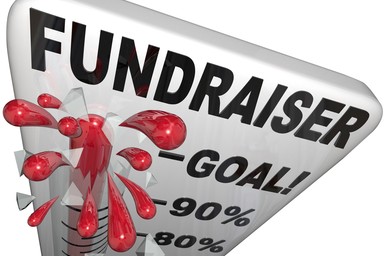 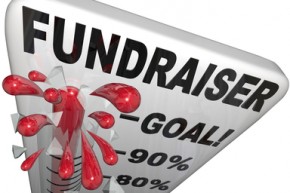 At first glance, it sounds a little Pollyanna:

“I want to change the world as a web writer — AND make a great living!”

Yet, it’s genuinely possible. That is, if you know a little something about cause marketing.

So today I’m going to introduce you to the concept of cause marketing and explain why it’s a smart technique to have in your web-writing toolkit. Then I’ll share five reasons companies are eager to hire a writer who understands this world.

Your Cause Marketing Primer

Cause marketing is the simple marriage of a company, a nonprofit, and a good cause.

You see it all around the Web. Amazon just did it with AmazonSmile, where the company donates .5% of the price of your eligible purchase to the charity of your choice. Macy’s did it when they offered consumers a savings certificate in exchange for a donation or an activity (like wearing red in support of the American Heart Association’s Go Red for Women campaign).

Small businesses, large businesses, big and little charities, and even individuals all take part in cause marketing. It’s a smart move in a lot of ways, because it increases business at the company level and provides access to resources at the nonprofit level.

Better than that, customers love it. After all, cause marketing makes the world a better place.

That’s probably why cause sponsorship levels climb every year. In fact, spending for 2014 is predicted to hit $1.84 billion — a 3.4% increase over 2013 levels. (Source: IEG Sponsorship Report)

It’s a growing trend, and it’s here to stay. So here’s why companies hire web writers who understand cause marketing …

#1: Cause Marketing Brings in Buyers

Just about any company who hires a web writer is looking to increase profits in some way. Whether their goal is to grow their list or they want to convert more buyers, the bottom line is profit growth.

So if you know how to position a company’s social entrepreneurship activities so prospects understand what’s going on, it’s not much of a leap to impress customers. And a hiring client likes to see that kind of skill in a web writer.

#2: Cause Marketing Helps Companies from the Inside Out

When you think about it, that makes sense. If you weren’t a freelance web writer, wouldn’t you rather work for a company that uses its resources to make a positive impact on some level?

That’s why any writer who knows how to communicate a company’s positive social efforts so employees feel like they’re part of something will be in demand.

#3: Cause Marketing Creates a Long-Term Bond with Customers

The good news is, cause marketing is nothing new. Companies have been donating money to nonprofits for decades.

But it’s only been a recent twist that companies started telling their customers about it.

It’s a smart move — and Target Stores are the perfect example. They never used to toot their horn about philanthropic activities. That is, until the 1990s hit and Target’s competitors announced their own social efforts.

When Target started letting customers know it had been giving back for years, public approval of the company skyrocketed. Many people became life-long evangelists for the Target brand.

And you know how Target pulled off this communication overhaul? By publicly linking up with nonprofit partners and identifying those partners through the sale of certain goods.

That’s where you, the web writer come in, and why you get hired if you can write on this topic.

A lot of web writing is focused on the customer. But they’re not the only ones who play a role in making a company successful.

Investors help run the corporate world, and a lot of investors these days expect companies to align themselves with social causes.

In fact, the Cone Cause Evolution study showed that 66% of Americans consider a company’s commitment to social causes first before deciding whether they’ll invest money.

That means catching the attention of cause-focused investors falls to a company’s communications department. And that’s yet another reason companies are eager to hire writers who understand how to write for the cause world.

Any time a company’s image is jeopardized, they — if they’re smart — quickly respond with damage control.

How best can they do that? By making public declarations that they’re not in the wrong, or that if they were, they’ve fixed the problem. Either way, they need a good writer.

But a good writer who promotes that same company’s socially-conscious efforts will be far and away the most successful at damage control.

Here’s a good example. Home Depot, years ago, was accused of selling unsustainable lumber — and this was after 20 years of positive business practices. Picket lines formed in front of their stores and an avalanche of bad publicity followed.

Home Depot was smart. Not only did they publicly commit to phasing out old-growth wood products, but the company also announced a partnership with the nonprofit Habitat for Humanity and donated money, goods, and employee hours to help build homes for those in need.

Not only did this fix their image problem — it also boosted profits! And it all started with getting the message out.

Cause Marketing Skills Will Only Benefit Your Web-Writing Business

Elevating and maintaining a company’s public image is a valuable skill. So is connecting with prospects and investors and tying positive emotions to business efforts.

There’s a bit more to it than simply touting a company’s good efforts. (And, there will always be doubters on the hunt for empty claims.)

But with the knowledge of how to position and communicate cause marketing efforts, you’ll have five excellent reasons companies will clamber to hire you.

[Editor’s Note: Right now, you can learn how to become a Cause Marketing Specialist from the program created by Mindy. And, if you’re a Wealthy Web Writer Platinum member, you can save 50%. This is a limited time offer, so don’t miss your chance. The details are here.]

Say Yes, Then Figure It Out