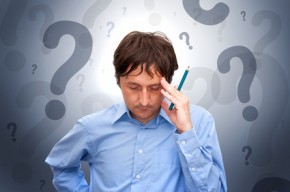 This year’s Bootcamp was everything I expected, and more … like always.

The presentations sparked new business and writing ideas. Fellow writers got me re-motivated and excited all over again to go big with my writing career and reach for new heights.

But it’s funny … there was something a little different in the air this year. Something subtle that I couldn’t put my finger on until I woke up the final morning.

It’s also (I realize now), the single-most valuable piece of knowledge you can possibly have if you want a successful web-writing career. So I’d like to tell you about it today.

You Won’t Find This in the Paid Writing World

And sure, loads of articles and presentations talk about secrets. You’ve surely seen titles like, “The 3 Secrets of Good Writing” or “Finally, the Number One Secret to Landing Clients!”

In fact, I’ve used the word in copy many times myself.

That’s because secrets are tantalizing. They make for enticing copy that’s more likely to get read. Really, they’re kind of like the Holy Grail — not easy to come by but guaranteed to make your life better if you get a hold of them … or so everybody thinks.

Except … you know what? There aren’t any secrets to launching a successful career as a web writer. Not really. It’s a powerful word to use in a headline, sure. But if you do your research, listen to webinars, go to events like Bootcamp, and read up on the latest editorial in the web-writing world …

… You’ll eventually come across pretty much every “secret” anybody has ever revealed. Because the information is already out there, and it’s yours for the taking.

So the first powerful take-home I got from Bootcamp this year is this: There’s no secret formula for success. There are no secrets to “making it” as a paid web writer.

But there is one thing you have to do …

And it’s so very simple.

Just Remember: The True Path to Writing Success Requires This

Six-figure health writer Carline Anglade-Cole talked about it in her presentation. Brian Kurtz of Boardroom talked about it. John Carlton mentioned it. Even Dan Kennedy brought it up, because it makes SUCH a difference in the career of anybody trying to grow and succeed …

Here it is: Just put one foot in front of the other. And keep it up.

It sounds simple, and it is. Because putting one foot in front of the other means simply doing little things every day that build your momentum and eventually launch you in whatever direction you’re aiming for.

But too often, people get tripped up by their minds. They don’t take those regular, steady steps, and they decide they’re stuck.

Yet that’s hardly the case. Because really, it’s far too easy to say you’re “stuck” when you’re just not moving forward.

So the question is, are you really stuck? Or are you just not making progress? Not taking action?

I think for a lot of us, there’s a decent amount of fear rolled into forward motion. And that’s fine. Fear is a natural part of the unknown. Venturing into the unknown is part of growing and succeeding as a writer.

So, here’s how you move past the fear:

1)  First, make it easy on yourself. When Carline Anglade-Cole got up to speak, she talked about protecting your ultimate creative time. As she put it, “That’s your bank!” So figure out what time of day is best for you to sit down and do your writing. Everyone has a “money hour” when the ideas flow best and doubts are at bay. For me, it’s in the early morning, before breakfast. For others, it’s late at night, after the rest of the house has gone to sleep; still others prefer late afternoon. Figure out when your money hour hits and honor it every day. You want to make it as easy as possible to keep going.

2)  Second, as Brian Kurtz said during his presentation, “Be the hardest working person in the room. … Push for more.” But he wasn’t talking about putting in 80 hours a week and writing till your fingers ache. He was saying, “Keep at it, day after day.”

3)  John Carlton spoke about not getting boxed in to a certain kind of writing. Be open to getting as much experience as you can, in as many areas as possible, because that will help you grow as a professional. You don’t need to skyrocket your career into one single niche, especially when you’re first starting. Instead, take advantage of every opportunity that comes up, even if they’re small ones.

4)  Sometimes, the most powerful thing you can do is just listen. Don’t even worry about writing. Clayton Makepeace spoke about the importance of just paying attention to what people are saying, especially if they’re your key prospect or target client. Listen to the words they use. Focus on their emotions. And gradually, you’ll start to understand them better, and that will help you improve your voice as a writer.

The Web-Writing “Syndrome” You Should Avoid Like the Plague

There’s a common theme to the problem of getting stuck as a writer. It’s got to do with what I’d call “silver bullet syndrome.” Meaning, too many writers look for that one single breakthrough, that “secret,” unknown thing that makes the difference between failure and imminent success. (I certainly looked for this when I first started out.)

Fortunately, most of those people who initially felt lost the first day ended up realizing it’s literally up to them as to whether they’ll succeed. It’s unlikely they’ll ever come across a secret that will turn the tide of their success. There’s a lot to learn, sure. And regular writing will get you there faster.

But the simplest thing of all is the thing that ultimately leads you to breakthrough success: Put one foot in front of the other, every day. Baby steps will get you there, as long as you keep taking them. And the great thing about baby steps is that they aren’t scary.

That “something different” thing I mentioned earlier … something about this year that separates it from other years … it’s this: Writers at Bootcamp, our fellow writers, are overcoming their fear. They’re taking steady, simple steps toward the freedom they dream of.

And you can, too.