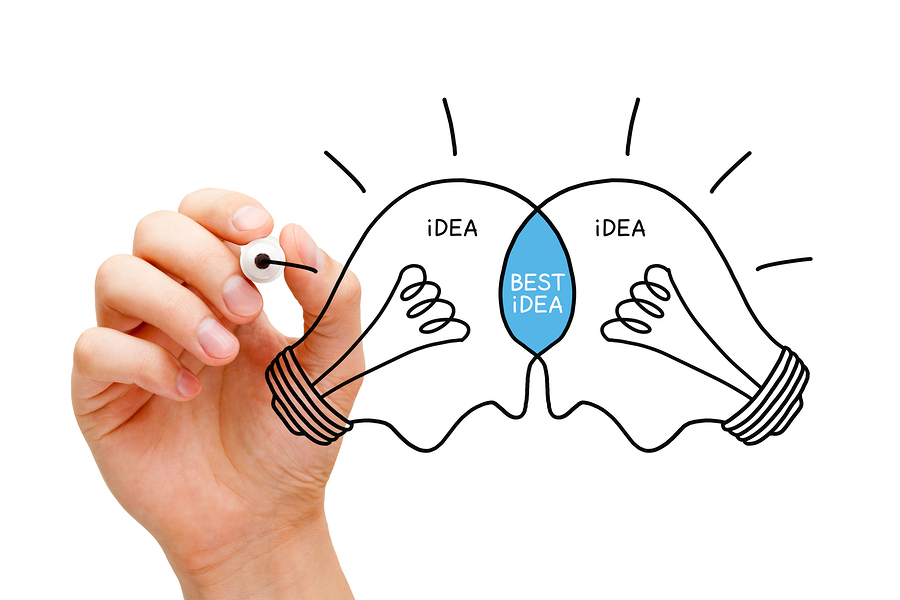 You might find something there that feels like a Big Idea. But if everybody is already talking about it, it isn’t.

A Big Idea is surprising. It offers something unexpected to your reader. Something unique.

A Big Idea is simple and easy-to-understand. It doesn’t make your reader think. It makes them immediately know you’re onto something — and that means they’re onto something, too, just by reading your letter.

A Big Idea is also powerful. It strikes your reader on a deeply emotional level, capturing their imagination and compelling them to learn more.

In other words a Big Idea is… well, BIG.

And that means you have to work for it. But don’t worry. This kind of work is fun to do.

Finding a Big Idea is as easy as tapping into your own curiosity, asking lots of questions, and following the trails of information you discover further than other people are willing to go.

It’s no coincidence marketers who hire direct-response copywriters often cite “curiosity” as the most important trait in the writers they hire. It’s that curiosity that leads to the kind of Big Idea that can result in control copy and bring in cash… both for your client and for you.

So, let’s say you’re plenty curious, but you’re not sure how to direct that curiosity.

You can start by using proven methods of other copywriters who have gone before you.

A Chain of Connections

One way to recognize a Big Idea is to look for something that makes you want to share it. The moment you come across it in the research, you find yourself thinking about who you can tell. It gets you excited.

For the non-writer, it’s something you’d file away to share at the next cocktail party you attend.

As a writer, though, it’s more than a topic of conversational interest. When you find information you’re excited to share, you could be onto a Big Idea for a sales promotion.

Sometimes, when you’re doing research for a sales promotion, you find that kind of idea quickly. But sometimes, you find something just mildly interesting.

Don’t stop there. Follow the idea further. Ask questions about that mildly interesting information and dig deeper. When you start following the chain of connections that develops, you may come across something worthy of the Big Idea label.

There was a client who wanted a package on CANCER. The package would sell an information report. For that report, he wanted one BIG idea — not a bunch of small ones.

So, the A-list writer he hired set to researching, looking high and low for something that would work as the Big Idea.

What he found first is that oxygen is very beneficial against cancer.  And while that was interesting, it didn’t make him want to tell anyone about it.

Instead of giving up and continuing to search for other ideas, he looked for a connection. He asked himself, “Who has used oxygen as a cancer therapy?” He also asked, “What therapies are other countries using that aren’t available in the U.S.?”

Those questions led him to uncover the fact that, unknown to most people, Ronald Reagan underwent cancer treatment WHILE serving as President of the United States.  That certainly would have been front-page news if it had not been hushed up at the time. AND Ronald Reagan went to Germany for treatment — turning his back on American therapies.

By following the chain of connections — oxygen therapy to Ronald Reagan to Germany — the writer came up with a Big Idea he knew would resonate both for his client and his target audience.

The Big Idea: People in the know go outside of the U.S. for cancer treatment — this has been kept quiet by the media — and you need to know about it.

Sometimes you don’t find a single Big Idea about a product. What you do find — if you look — are lots of ideas of all shapes and sizes.

Here’s an example of how that can work:

Curcumin (an extract of turmeric) is hot right now in the health field.

In doing research on curcumin, most writers stop when they find ONE BIG benefit. Then they try to write a headline around it and shape that big benefit into their Big Idea.

But, if you keep looking, you’ll find there are OVER 600 diseases that show benefits from taking curcumin.

By going the extra mile — you actually have a BIGGER idea than you started with.

And a possible headline: This simple $1-per-day pill helps CURE over 600 diseases.

Finding a Big Idea that gets you excited and overwhelms your reader with benefits, possibilities, curiosity, or emotion isn’t always easy. But it’s never impossible. All you need to do is dig deeper into the research and look for connections that will capture the imagination.

When you do that, you’ll be onto a winner. And that will help your client, your client’s customer… and you.

How to Win Customers and Influence Prospects (5 Timeless Tips)